Anna Belle isn't shy and she doesn't want you to be.

Anna Belle was  enjoying relaxing in the sauna and is very chatty when you joined her. Anna wants to know why you have shorts on under your towel? She tells you that no one wears anything under their towel in this sauna! To prove her point the sexy babe flashes you her bare pussy from under her towel. You get excited. She then tells you to pull your shorts off and wank for her. No point in being shy now that you have a hard-on after seeing her naked snatch. 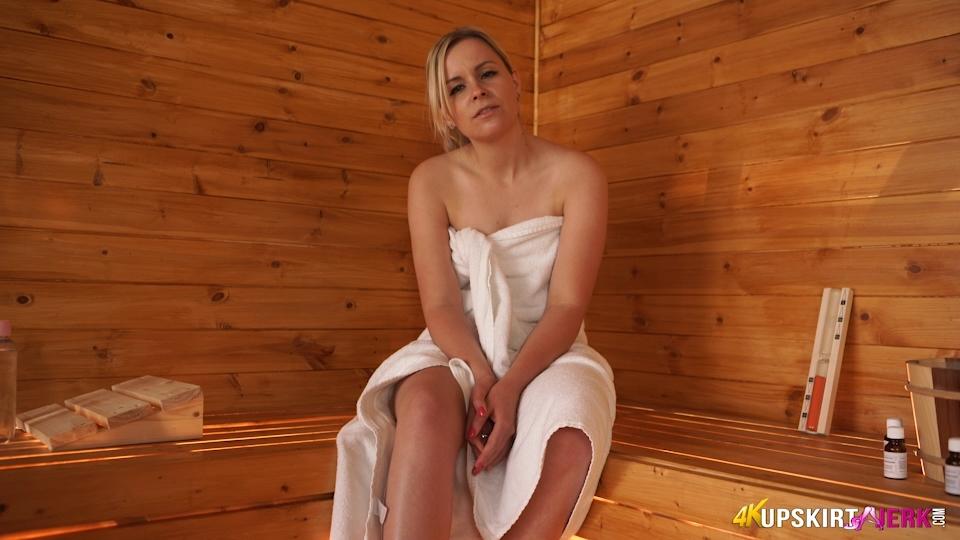